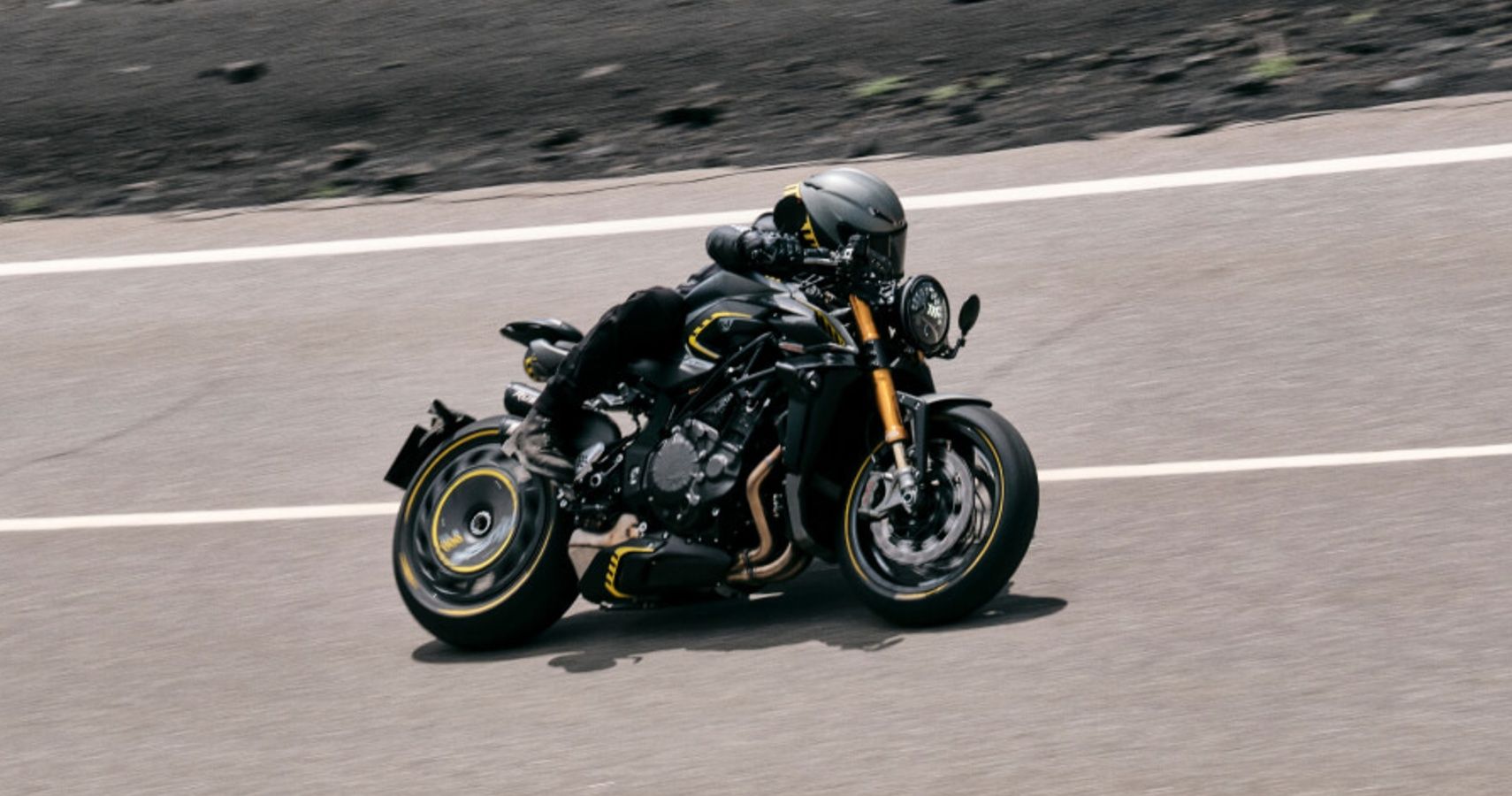 There are many great motorcycle companies in the market. Many of them strive to produce the fastest, sleekest bikes, and sometimes just the biggest two-wheeled beasts on the road. However, there is one company, maybe at least one, that focuses on all of this and genuinely designs motorcycle artwork.

MV Agusta has been around since 1945 and the company is based in Varese, Italy. The company was founded by Count Domenico Agusta. The MV in the company’s name stands for Meccanica Verghera, which is where the very first MV Agustas was made.

What really sets MV Agusta apart from other motorcycle manufacturers is that they not only aim to produce the sweetest dreams of two-wheelers, but they want to be the best while looking to the future. In fact, according to their official website, their mission is to “design, develop and manufacture the most advanced motorcycles in the world”.

If you haven’t heard of the MV Agusta, you wouldn’t be alone. They are not super popular. The company has grown in recent years, but they are still rare to see on the streets. There are likely reasons for this, some of which will be discussed later.

Since MV Agusta is not very well known in the general motorcycle community, we wanted to provide an overview of the company.

Here is a brief history of the MV Agusta.

One of the things that sets MV Agusta apart from the rest is its process. They manufacture each bike by hand as well as with the use of advanced technology. This means that the products are not only guaranteed to be made with quality and care, but also have a personal touch. People who buy these bikes can almost feel like it was designed for them. This goes hand in hand with their dedication to excellence and being the best manufacturer of two wheeled machines.

The other thing that sets MV Agusta apart is their desire for their bikes to be works of art. It’s a bit like what Pagani does for cars. When you see an MV Agusta, you really see what they mean. Sure, their bikes look like normal bikes, but they each have something different. They stand out, it’s like they’re somehow improved over a regular motorcycle.

As an example, take a look at their Turismo Veloce. They call it their uncompromising tourer, and we can see why. It is a flexible sports bike that is also designed for touring and commuting. The slogan they use for this is the DNA of touring racing.

Their beginnings and their eventual decline

The company began to focus on motorcycles after World War II. They used to work with airplanes, but motorcycles allowed them to continue to use their engineering and design expertise.

Their first motorcycle, the MV 98, was released to the public in October 1945. The company wanted to name its first motorcycle Vespa 98, but this name was already registered. Of course, we all know Vespa scooters. The MV 98 could be purchased as a touring or economy version. The engine was a 98cc two-stroke single cylinder. We don’t think we need to tell you what inspired the name of their first bike.

One of their most important bikes is the MV Agusta 750 Sport America. It was manufactured from 1970 to 1975. It was the company’s attempt to increase its presence in the United States. It should also be noted that this option was considered quite expensive.

According to autoevolution.com, MV Agusta experienced financial difficulties and ended up shutting down. However, the company was acquired in 1997 by Cagiva. They then released new bikes until 2004, when the company was later bought by a Malaysian car maker called Proton. The company is still struggling financially and Proton then sold it to an Italian finance company.

RELATED: Here’s Everything You Need To Know About The 2021 MV Agusta Brutale 800 RR

Not all businesses are meant to be popular

Again, if you’ve never heard of the name MV Agusta, you’re not alone. It’s a great company that really wants to move the motorcycle industry forward. They have their fans, but they’re nowhere near as big as many would expect a company to have been making bikes for as long as they’ve been.

One of the reasons they haven’t become more popular is that not all businesses need to be. Some companies are supposed to have their followers without attracting the attention of the general public. The problem is, this is a business and the income is significant. This is why they have been bought and sold so many times.

Another reason they are not more popular is that their communication with their potential buyers is extremely limited. Sure, leaning into the future sounds great, but a lot of people may look at the way they talk about their bikes and mistakenly assume they’re more works of art than real good rides. In other words, the business may need a facelift if it is to grow.

But again, their goal is to produce great bikes, which they’ve achieved.

$ 12.5 million Bugatti La Car Noire is not quite finished yet and will not be finished for another 2 years

The $ 12.5 million Bugatti La Car Noire on display at the Geneva Motor Show was actually a mockup, and the real deal is still 2 years away.

Barnell Anderson is a writer from Louisiana, USA with a passion for cars and motorcycles. Its main areas of expertise are automotive history and concept cars. Barnell’s favorite car is the Ford Mustang. He also wants to one day own a Tesla!